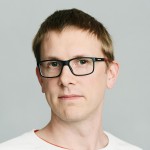 Hello! I am Petri Lehtinen, a Finnish software developer who mostly hacks in Python, Javascript and C. In the Internet, I'm sometimes also known as “akheron” or “akhern”. To contact me, drop an email to my first name at this domain (address obfuscated to avoid spam).

I have a few projects and I also used to update my blog every now and then. Less so nowadays.

I use Arch Linux, Emacs and Git.

In the past, releases were signed with my old key. It's still available here.

Me around the web:

All the projects here are free open source software.

Projects I've started and am the main author of:

Python is one of my favourite programming languages, and I used to be one of its core developers.

Some other significant projects I've contributed to, more or less:

I worked for the Department of Software Systems in Tampere University of Technology for a few years. This is a list of research papers I worked on during that period:

I have a wife and four kids, and that's why I don't have much time to work on my hobby projects. And, to make things clear, I'm completely happy with this situation :-)